“Queerness as Mesh, Queerness as Mess”
This talk is about the possibilities and limits of sociality and affinity in a household of six undocumented queers of color living in New York City. Amidst the precarity of being “illegal” and surviving economic instability, these queers search for and establish affective openings that conjure moments of fabulous world-making.

Lecture Description: Most historians date the beginning of US imperialism to the 1898 US invasions and occupations in the Pacific and Caribbean. In doing so, they characterize the invasions and occupations that led to US claiming sovereignty over its present continental configuration as “expansion” or “manifest destiny.” But, the United States was imperialist from its founding, its split from the British Empire a result of the British settlers in the 13 colonies seeking their own empire, as documented in the Northwest Ordinance, which included maps extending the Atlantic colonies/states to the Pacific. One-hundred years of genocidal warfare against Indigenous Nations across the continent followed, including the military Invasion and occupation of Mexico, annexing the northern half.

Bio: Roxanne Dunbar-Ortiz is a historian, writer, and professor emeritus in Ethic Studies at California State University. She is author or editor of 15 books, including Roots of Resistance: A History of Land Tenure in New Mexico and the literary memoir trilogy:  Red Dirt: Growing Up Okie; Outlaw Woman: A Memoir of the War Years, 1960-1975; and Blood on the Border: A Memoir of the Contra War, and her award winning 2014 book, An Indigenous Peoples’ History of the United States. Her most recent book is Loaded: A Disarming History of the Second Amendment. Forthcoming a book on the US claim to be “a nation of immigrants.”

Lecture Description: This talk re-conceptualizes the Vietnam War–and the subsequent U.S.-led refugee rescue operation in Guam and in the Philippines–as a transpacific phenomenon that inflicted collateral damage not only on the Vietnamese but also on indigenous and (formerly) colonized subjects in the circuits of U.S. empire. This reconceptualization of the Vietnam War advances a transpacific critique that knits together diverse memories of historical violence—settler colonialism, military expansion and refugee displacement—into a layered story of U.S. empire in the Asia Pacific region.

Bio: Yen Le Espiritu is Distinguished Professor of Ethnic Studies. An award-winning author, she has published extensively on Asian American panethnicity, gender and migration, and U.S. colonialism and wars in Asia. Her most recent book, Body Counts: The Vietnam War and Militarized Refuge(es), is widely credited for charting the interdisciplinary field of Critical Refugee Studies. She is also a Founding Member of the Critical Refugee Studies Collective (criticalrefugeestudies.com). 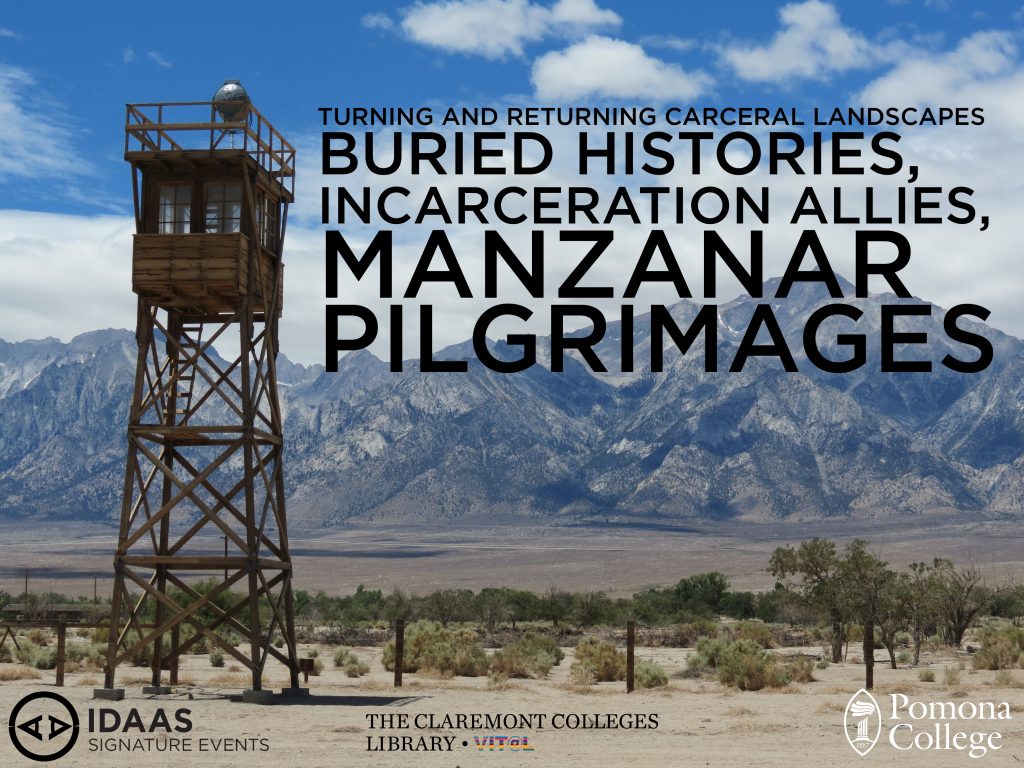 April 27, 2019 marks the 50th Annual Manzanar Pilgrimage which will observe two anniversaries: the signing of Executive Order 9066 in 1942 by Franklin D. Roosevelt that unlawfully incarcerated thousands of Japanese American citizens during WW II and the 27th anniversary of the establishment of the Manzanar National Historic Site in 1991 that reclaimed the truth of this shameful episode in American history.  We mount a series of five events to interrogate this unjust incarceration, to reflect on its ongoing effects, but, most importantly, to learn from the past and arm ourselves with strategies to combat on-going efforts to incarcerate all peoples now and in the future.

More details can be found at https://www.pomona.edu/manzanar-series.

The IDAAS Spring 2016 Course Info Session is on Wednesday, November 11 from 4:30-5:30 pm in the IDAAS seminar room. Come by to check out our course offerings for next semester. Here is the list of our Spring 2016 courses.

The Spring 2015 courses have been posted. Download a copy here.

If you would like to get more information about the courses we are offering this spring 2015, please attend our Spring 2015 Course Info Session on Wednesday, November 5th at 4:30pm in Lincoln 1121, Pomona College. Some faculty will be there to answer questions you may have about their courses.

Get the details here.